A collection of testimonials from people who have had their chimney repaired, restored, or rebuilt by Lindberg Chimney.

We’re honoured to have a collection of customer testimonials and reviews to share with you. We’re thankful for each one taking the time to share their experience with Lindbjerg Chimney. If you have questions, or need an estimate, please visit our Chimney Repairs page for details.

Lindberg Chimney Repairs recently repaired and restored our 40 year old chimney. They did an excellent job and were professional from beginning to end. The final price exactly matched the quote, they arrived on time, and were on site for the days promised. The site was tidied at the end of each day and the crew was considerate and courteous. We live in an old house and have had many contractors on site and this crew was one of the best. The final product is excellent and we would highly recommend this company to anyone looking to have work completed on their chimney.

Our chimney was recently replaced by Lindbjerg Chimney and we want to compliment them on doing a great job. Their work is excellent and the crew did a fantastic job of keeping the area neat and clean throughout the replacement. We would highly recommend Lindbjerg Chimney to anyone requiring a chimney replacement.

We were looking for a company with the skills and reputation to repair the chimney of our 44 year old house. There was moisture damage, degraded mortar and loose bricks present, so we decided to have this attended to before there was water damage to the house and falling bricks and/or mortar. Henning and crew did a superb job on our chimney. They were very professional and offered several options to solve our chimney repair project.They were both quick and efficient and cleaned up well once the construction was complete. I would highly recommend Henning Lindbjerg Chimney company if quality workmanship and professionalism are important factors in having your chimney repaired. Thanks Henning, Daniel and crew.

We recently had the pleasure of engaging Lindbjerg for some chimney masonry work and found Henning to be a pleasure to deal with. He worked with great care, diligence and honesty, and the quality of the work was to the highest standard. We would most definitely recommend his masonry services.

We had a serious problem with our chimney, leaning out from the house and flaking mortar. Henning examined the problems, told us straight up what was needed and did not varnish the truth. He gave us a quote and he stuck to it. The result is a beautifully crafted new chimney that makes our house look newer than it is. We are proud and much relieved. It was an excellent job, on time, on budget and we now feel secure. Henning is knowledgeable, honest, hardworking and he cares about his chimneys as much as I care about my house!

After battling a leaky chimney for months and dealing with roofers who didn’t know the real cause and did not fix the source of the problem leaks around the chimney. I decided to contact a mason to get his opinion on why I was having these issues. Fortunately I connected with Lindbjerg Chimney. Henning quickly came over after I called and I further explained the headaches I had trying to stop the water from rotting out the walls of our house. Henning was very kind and knowledgeable. He explained that most likely the problem was not the roof or the flashing but in fact the chimney itself. This was hard for me to see because a previous owner had done a cover up with fake rock over the brick. After I removed the poorly applied rock I found that Henning’s assessment of the condition of our chimney was bang on. Henning and his crew went above and beyond in helping me fix the damage and providing an outstanding rebuild of my chimney. Their work is excellent and the job was handled professionally. I cant say enough of how pleased I am with the finished job from Henning and his crew. I would not hesitate to recommend their services to anyone. I only wish that the first call I made was to Lindbjerg Chimney Service. Thanks again.

I could not be happier

For 34 years I sort of controlled a leaking chimney with masonry sealer. Finally due to my advancing age and increasing aggravation I knew I had to get a permanent solution. I called Lindbjerg Chimney and Masonry Service. Henning came out to have a look and I knew, very quickly, I like this guy. He was anything but “pushy”. Rather he spent considerable time explaining why I had the problem and together we discussed options for a permanent fix. In the end I opted to have the chimney boxed in with siding to match the house. Henning and his crew arrived every day, on time, ready to work and the work they did is awesome. I could not be happier. The house looks very smart with its new covered chimney and I no longer worry when it rains. If you want an honest man who believes if a job is worth doing it is worth doing right, then do yourself a favour and call Henning Lindbjerg.

I’m very pleased to recommend the work of Henning Lindberg and his crew.The work they did to repair and rebuild my leaking chimney was professionally completed and looks great! Henning and his team were courteous, they took special care not to cause damage to my lawn. When they were finished it was as if they were never there except, of course, the chimney was fully rebuilt and looks incredible (and was on budget with his estimate). Henning took special steps to try and match the bricks to the original ones and I’m very pleased with how it turned out. I would without a doubt recommend Henning and his crew!

I had water leaks coming from my chimney area. I met with Henning Lindbjerg and found him to be friendly & courteous. He explained to me my problem and how it can be fixed. He and Daniel completed the job in a timely manner as promised, and cleaned up after themselves when the job was done. I found their work ethic to be professional, hardworking and efficient. I would definitely recommend Lindbjerg to anyone who needs work to be done to their chimney.

Their level of expertise was immediately obvious

We contacted Lindbjerg Chimney & Masonry Service about the chimneys in our 40 year old home, and we couldn’t be happier that we did. Their level of expertise was immediately obvious, and they walked us step by step through the work to be done. They arrived as scheduled, were professional, polite, courteous, fastidiously neat and seemed to really enjoy their work. The final bill came in as quoted – with no surprises. We would not hesitate for a moment to use them again if the need arose, and would strongly recommend them to anyone whose old chimney needs some TLC!

Prompt, friendly and did a great clean up

We contacted Lindbjerg Chimney Service because of leaks around our existing chimney. They came quickly and in the rain analyzed the problem, and completed some immediate measures to reduce the water damage. Their quotation was thorough, easily understood, prompt and they were on the job in a matter of a few days. The problem was exactly as they predicted and the solution, a major new upper chimney portion, is extremely attractive. They were professional, prompt, friendly and did a great clean up. We are happy to act as reference and would recommend their service to others. Thank You for a job well done

I commend them to anyone

Three months ago we learned 1/3 of our fireplace chimney had been damaged extensively with resulting mortar failure. We sought numerous repair advice with accompanying cost estimates which ranged from re-grouting to complete chimney replacement with similarly unbelievably low to unbelievably high estimates for repairs. It was at that point we contacted Henning Lindjberg who offered us what was by far the most detailed, reasoned and believable and fairly priced solution. He cautioned he was booked two to three months in advance and could not do the work until early July. His four-man crew arrived as scheduled on July 7th and completed the demolition and reconstruction on time/on budget on July 8th. The result is an attractive brick replacement of the top of the damaged chimney with upgraded water intrusion protection on the lower section.We found Henning and his crew pleasant, efficient, honest and talented bricklayers and I commend them to anyone seeking competent advice when faced with the sometimes complicated challenge of obtaining chimney repairs.

If you think your chimney needs servicing but would like a cost estimate, Request a FREE Estimate. We will get back to you as soon as possible.

Chimney in need of service? Want to get a good idea of cost and work involved? Request a FREE Estimate now. 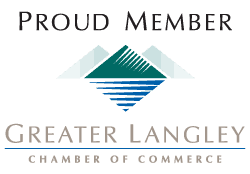 Lindbjerg Chimney & Masonry is a BBB A+ Rated business offering professional chimney repair and masonry services in Vancouver, and the lower mainland.

We offer more than 30 years of experience and expertise, and specialize in chimney repairs, fireplace repairs, chimney sweep and cleaning services.

We provide chimney repair, rebuilding, sweeping, and masonry services across the lower mainland: